Deprecated: Function create_function() is deprecated in /home/eleanorh/public_html/wp-includes/pomo/translations.php on line 208

Deprecated: Function create_function() is deprecated in /home/eleanorh/public_html/wp-includes/pomo/translations.php on line 208

Eleanor Harding is a product developer and supergeek who has been called the swiss army knife of tech. She is originally from South Africa and has a background in both development and design, helping her win numerous hackathons including the prestigious TechCrunch Disrupt Hackathon and the Skype Codess hack for women in tech.

Before arriving in London, she created an indie game which won the Microsoft Imagine Cup and was the design engineer in the winning, all-female team in a competition to design and race scale F1 cars.

Eleanor is now the founder of a product development consultancy called Rigby/Rose where she spends her time doing what she loves, helping startups turn their big ideas into elegant products. In her spare time she looks for ways to enable people through technology, listens to a ridiculous number of audiobooks and networks furiously.

She’d also quite like to go to the moon.

Warning: Invalid argument supplied for foreach() in /home/eleanorh/public_html/wp-content/themes/skoty/framework/simple-html-dom.php on line 694 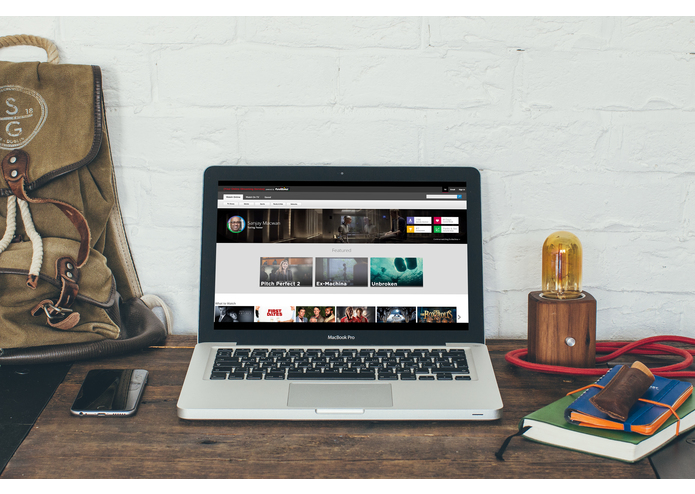 Reeltime is the next generation of social streaming video content. It gives the user the ability to interact with their friends on their favourite programmes at a time which suits them. Users can comment whilst they are watching a stream and view other timestamped comments from their friends but without the hassle and effort of having to schedule and arrange watching the programmes at the same time.

From the users comments, it will also be possible to analyse user sentiment in relation to particular parts of the video. These sort of analytics will allow for more informed decisions based on user preference in future productions therefore reducing the risk of content performing poorly.

When shared, Gifs will be branded with the Show/Film’s Hashtag e.g. #Run providing an extra social context and extra organic reach.

We aim to monetise through an enterprise SaaS model. 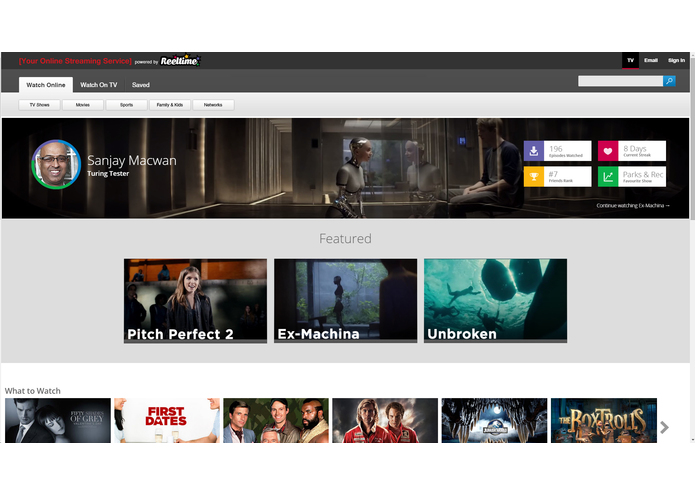 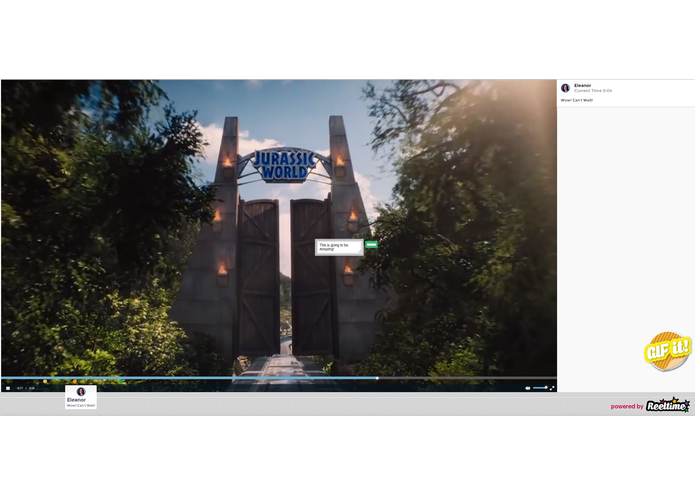 Challenges we ran into

Even in an increasingly digital and online focused age, real social interactions play a very important role in adding enjoyment and engagement to content. Figuring out a way to allow for this human interaction, whilst also respecting people wanting to maintain control of their own timetables was a struggle. The name ‘ReelTime’ is a play on words of our solution to timestamp and delay comments, so that whenever you want to watch content, you can also read other opinions in ‘reeltime’ in relation to your viewing experience.

Accomplishments that we’re proud of

We learned about NBC Comcast’s offering, the API’s of its partners. We also learned about the expectations for the four challenges. It was interesting to understand the technical and creative challenges that even a large successful business face. The insights from the NBC team on site was particularly useful.

What’s next for ReelTime?

We would love to further develop our MVP and add value to the propositions of film streaming providers and end users. We have a few extra features intended for future releases.